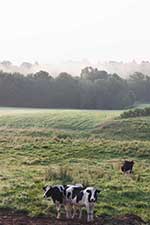 Whitefield was settled in 1770 and was incorporated in 1809 from the portion of the Ballstown Plantation that was remaining after the town of Jefferson was incorporated.

The town has a strong sense of community fostered through its rich history, its diverse population, recreation, and locally produced crafts, artwork, and foods. Visitors can get a taste of Maine with locally raised meats and organic vegetables sold at Whitefield’s general stores.

Whitefield boasts a serene lake, wetlands, rivers, streams and trails accessible to the public for recreation. Take the family on a hike at the Salmon Preserve or Mars Ridge Trail, where visitors can see as far as the Camden Hills. Play nine holes of golf at the local golf course or go for a paddle and fish for small mouth bass in Clary Lake.