These businesses and organizations, and the people who provide leadership for them, have a profound effect upon the business environment and the economy in the Capital Area and beyond. They all contribute significantly to the quality of life enjoyed in the Kennebec Valley.

Business of the Year 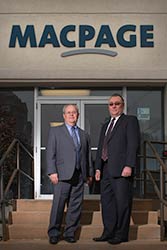 Scott Small and Jeff Hubert left their Portland headquarters to open an office in Augusta’s new Key Plaza in 1989, hired Office Manager Sara Hasty, and did what successful businesses do best – they worked hard, stayed ahead of the technology curve, became involved in the community and grew. Now employing more than 20 (includes 11 CPA's and one attorney) at the new downtown Augusta location, Macpage provides audit, tax and consulting services to more than 1,100 Capital region clients. "Community involvement is very important," say the Managing Partners and Macpage folks play key roles in support of United Way, MaineGeneral, Lithgow, Sidney Athletic Association, Waterville Regional Arts and Community Center and many other causes.

Business Person of the Year 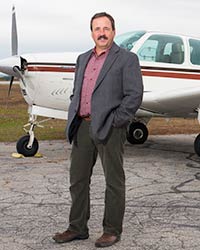 This professional photographer and airplane pilot landed back in the family business (he'd worked there 1979 to 1986) in 1990 and became president and owner in 1996. Gary's success formula: good ethics, honesty, doing best for his clients and his employees, involvement with people and giving back to the community. The CEO brings a solid sincerity and thoughtfulness in all interactions including his leadership roles in a number of construction associations and community boards. Peachey Builders is a design-build construction firm with recent projects including MaineGeneral's medical building on Civic Center Drive, Bolduc Technologies' building and a current 50,000 sq-ft NRF Distributors' warehouse. 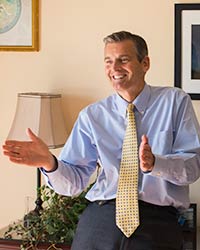 Established 50 years ago to primarily serve non-traditional college students, UMA today serves about 6,000 students of every age at its Augusta and Bangor campuses, and statewide centers. A national leader in "distance education," UMA pioneered instructional television and now provides convenient internet learning opportunities for its many associate and baccalaureate programs. Recently UMA began a unique five-year professional program in architecture and collaborated with Maine Instrument Flight to begin Maine's first BS in Aviation program. President Glenn Cummings sees a bright future with "our comprehensive delivery system for both older students and 18-year-olds." With 600 grads a year, UMA is vital to our workforce needs. 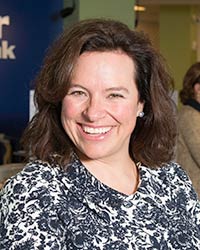 This $3 billion-56 branch-700 employee-Maine bank recently expanded its Augusta presence with an impressive new $4 million regional HQ facility. Since announcing the investment in 2011, BSB-Greater Augusta has grown from 12 to 27 employees, customer relationships increased by nearly 1,000, and thousands of community group visitors have met in its 3rd floor conference facility, according to Branch Manager VP Molly Gerencer. The company stresses the value of personal relationships, new technology, and community service in their success formula. Lithgow Library, Downtown Augusta and many other organizations have benefited from BSB's generous support and belief that "...you matter more." 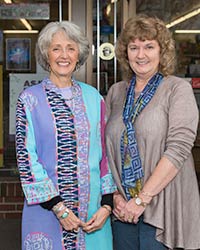 Lew Purinton opened a Downtown Augusta health food store in 1974, committed to share his interest in healthy eating and living. The struggling business (he slept in the back room for a while) moved to Capitol Shopping Center in 1978 and began to grow. By the mid-90's, popularity of health foods, supplements and local products propelled HTNF into a larger location and, with the addition of Lew's wife Karen as manager, the business grew and grew. Still grinding their own peanut butter and offering exotic products to a diverse customer base, HTNF takes pride in educating people on how to eat good food and live longer. Co-owners Scott and Debbie Kenoyer say thousands of products and friendly staff make the store a favorite shopping destination. 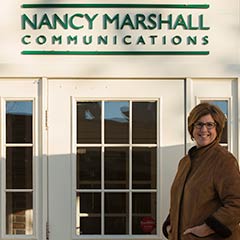 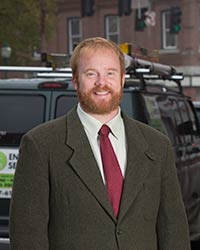 Now age 13, Gardiner Main Street was one of Maine's four original communities to join a national program focused on historic preservation through downtown revitalization. "We are strengthening Gardiner as a hub for community, commerce, and culture," says Patrick Wright, Executive Director for the past four years. Volunteer-driven, GMS has helped current businesses grow and new businesses locate in Gardiner's downtown while hosting its popular Swine and Stein celebration and hosting "Bike Maine," welcoming over 250 bicyclists from six countries and 35 states. In 2014, GMS and the City announced an innovative "Growth Initiative," providing financial incentive for businesses to expand to Gardiner. 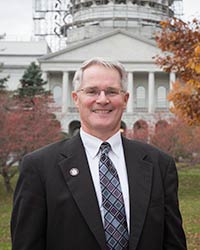 This former regional manager of International Paper's forests (from Maine to Pennsylvania) retired from his Augusta HQ in 2004 and ran for the Legislature "to try to do good things." The modest and humble man soon became a revered leader on Maine's powerful budget committee, devoted to earning the trust needed to hammer out state budgets. After eight years in the House, Pat was elected to the Senate where he continued to impress State leaders with his ability to get things done in a bi-partisan manner. His many awards testify to his deep caring for severely disabled citizens and for the future of his state as he now retires again to enjoy family and golf. 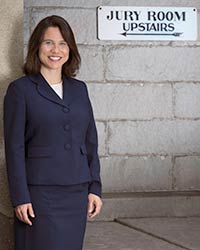 By age five she decided to become a lawyer – after watching her Dad argue unsuccessfully against an eviction in court. She's now District Attorney for Kennebec and Somerset Counties with novel programs to seek justice. A star student, athlete and leader at Leavitt H.S., Maeghan won a full scholarship to Swarthmore College and later Harvard Law where she excelled in studies and leadership. She won Henry Luce and Watson Fellowships to study in Europe and Singapore. She's been a prosecutor in Portland, OR, served in private practice and Assistant Attorney General in Maine before serving one term in the Maine House. In 2012 she was elected DA. Family life and happiness are top goals for Maeghan who also "just loves public service."